Wrestling Insurance for youth and adult teams includes General Liability, Directors & Officers Liability, Accident, Crime and Equipment.
• Offers rock-solid protection
• Simple online application and quick turn around
• You can save up to 38%
• Proof of coverage INSTANTLY in most cases 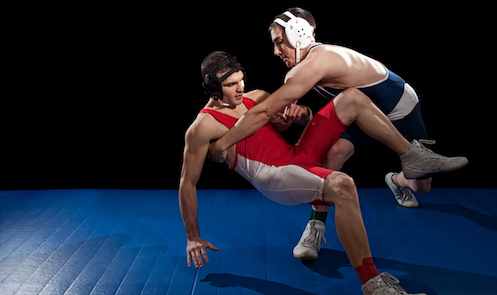 General Liability for wrestling teams and clubs protects against certain lawsuits that arise out of allegations of negligence pertaining to events resulting in bodily injury (typically to a wrestler, coach or spectator), property damage, personal injury and advertising injury. The policy covers attorney fees for a legal defense and pays up the policy limits in the event of a settlement or adverse jury verdict.

Wrestling teams/leagues need Accident insurance to pay for the covered medical expenses of injured participants on an “excess” basis over and above those covered by existing family health insurance. The policy may be subject to a deductible ranging from $0 to $250 per claim.

There are risks to participating in any sport, and wrestling is no different. Wrestling involves participants being thrown onto the mat, which can result in back, knee, shoulder and head injuries. Participants, parents and coaches need to understand the risks of injury risks that can come along with wrestling in order to decrease the potential of such an event. Below are some of the most areas of injury seen in wrestling.

It’s also important to note that as young wrestlers get older and become stronger, injury risks increase as they improve in the maneuvers that force their opponents down.

Some young wrestlers come under pressure to wrestle at lower weight classes than their ideal weight. This can result in eating disorders and nutritional deficiencies that affect physical development. To achieve the desired weight, wrestlers can resort to skipping meals, using laxatives and diuretics, and using saunas to accelerate weight loss. They can even begin developing distinctive food rituals. Such behaviors should be addressed with the coach and a physician.

Programs Others Have Purchased