Are Waiver/Releases Worth the Paper on Which They’re Written?

As a sports insurance specialist and risk manager, I often wondered about the answer to this question myself because of all the contradictory information on this topic. To satisfy my curiosity, I interviewed claims managers from the two leading sports insurance providers in the U.S. After all, they actually settle and litigate hundreds of these cases every year. I also interviewed two attorneys who specialize in this area on behalf of their sports and recreation clients.

A waiver/release is an exculpatory contract that attempts to excuse or relieve a party, for injuries to a participant that arise out of the known and unknown risks in an activity. This includes the inherent risks that arise from the sports organization’s ordinary negligence. Waiver/release documents are interpreted by the courts using contract law principles, which is why it is so important to have a well drafted waiver/release prepared for your sports organization.

A waiver/release will only by upheld if all of the following conditions are satisfied:

If all of these conditions are met, the use of a waiver/release may result in the lawsuit being dismissed on summary judgment. Summary judgment is important because it concludes litigation early in the process, which can drastically reduce legal defense costs.

It is important to note that even if a summary judgment dismissal is achieved, the legal defense costs will still be too high for most sports organizations and related directors, officers, employees, or staff to pay out of pocket. For this reason, a waiver/release is never a substitute for purchasing General Liability insurance.

When the Injured Party is an Adult

The laws regarding adult waiver/releases vary from state to state. As far as adult injuries are concerned, waiver/releases can be very effective and may result in lawsuit dismissals in most states as long as the three above-listed conditions are satisfied.

There are a few states where the courts are not likely to uphold a waiver/release even if those three conditions are met.

When the Injured Party is a Minor

Laws regarding minor waiver/releases also vary from state to state. However minors are not legally competent, which means they aren’t seen as capable of entering into a binding contract such as a waiver/release. Therefore, the only way for a minor to be bound for purposes of contractually excusing negligence would be through a parent’s signature on the waiver/release. Even then, most states will not allow a parent to contractually waive their minor children’s right to sue for a sports-related injury.

A parental waiver/release may be upheld in a minority of states.

Assumption of Risk (AOR) as a Defense to Negligence

The second protective purpose of a waiver/release is to trigger the assumption of risk (AOR) defense under tort law. In other words, it’s to provide evidence that the sports organization gave adequate warnings of the risks so that an argument can be made that the participant assumed those risks.

In many states, assumption of risk has been merged into contributory negligence as a defense but the concepts are similar. In order to trigger the AOR defense to a negligence lawsuit, the waiver/release should contain the proper assumption of risk language. However, you can also demonstrate assumption of risk by having evidence (usually in the form of other witnesses) of other types of warnings such as signs, brochures, verbal instructions and safety briefings.

The waiver and release should specifically mention the types of risk that are assumed (known and unknown) and the worst case injury scenarios (permanent disability and death). It is also important to note that courts will often only apply the AOR defense to inherent risks of the activity. Inherent risks are those that the organization will simply not be able to control, regardless of their best efforts (ex: in baseball, being hit by a pitched ball).

With minors and the AOR defense, the minor must be capable of understanding the risks and must sign the assumption of risk portion of the waiver/release. Just like with adults, you can demonstrate assumption of risk by both the language in the waiver/release and by the verbal instructions or safety briefings given. Many courts have ruled that a 7-year-old child may be capable of understanding the inherent risks involved in an activity if adequately explained. It is also helpful if the parent signs a statement that they have explained the risks to the child.

A successful AOR defense may or may not result in a lawsuit being dismissed on summary judgment. If not, AOR defense can come into play much later in the legal proceedings when evidence is being introduced before a trier of fact. I am told by claims adjusters that the threat of this defense is probably worth a 35% reduction in damages or claims paid out in many cases. A 35% reduction is significant on a large case. As a result, waiver/release agreements are definitely worth the paper they are written on, even if they don’t result in the lawsuit being dismissed.

Pitfalls to Avoid In Waiver/Release Language 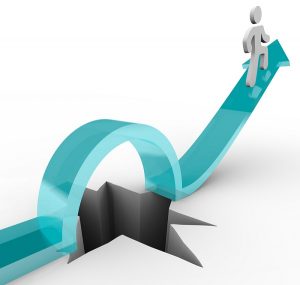 What constitutes a well-drafted waiver/release? Quite simply, it means that virtually every phrase in every sentence was specifically written to counter a court case that found a pitfall that resulted in the waiver/release not being enforced. The following are 10 common pitfalls that must be avoided in most states:

A court is much more likely to uphold or give weight to a custom waiver/release that has been drafted specifically for your activity and to meet the requirements or avoid the pitfalls of your state’s legislative or common law. A list of specialists for your consideration has been provided in the source section below.

Sadler Sports and Recreation strongly recommends a custom waiver/release, but we do provide a generic sample waiver/release in our online risk management library.

Even the best waiver/release agreement will not take the place of purchasing quality sport insurance, including Accident and General Liability.  Click on the “Get a Quote” button on the navigation bar at the top of this page for an instant online quote.