Should Weight Limits Be Required in Youth Football?

What the evidence shows

Is it fair to deny or limit participation for larger than normal kids in the name of safety? The answer is “No, there is no existing evidence that unlimited classes are riskier than weighted classes.”

Everyone has heard anecdotes about the personal observations from administrators, coaches, and parents about the occasional  legendary player who is significantly heavier, stronger, and faster and who is the source of multiple injuries to much smaller players.

There is a compelling scien 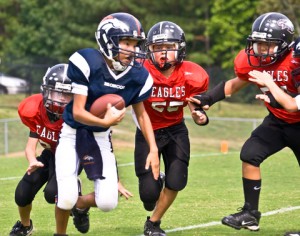 tific study by the Mayo Clinic that is dead on point for answering these questions. As you are probably aware, the Mayo clinic has a stellar reputation in the medical community. In other words, this was no Mickey Mouse study, it was based on pure science.

I’m in the business of designing injury surveys and analyzing their results. I was blown away by their methodology, statistics, data collection techniques, and attention to detail.The 1997 Mayo Clinic study of a large youth football league was based on 915 players ages 9 to 13 in grades 4 through 8. All of the teams were grouped by grade. Weight categories were not used. The critical findings were as follows:

The next question is how do other experts interpret data from this study? Dr. Jeff Webb, an affiliate of the prestigious American Sports Medicine Institute offered the following comments on the Mayo Clinic study:

What purpose do weight classes serve? 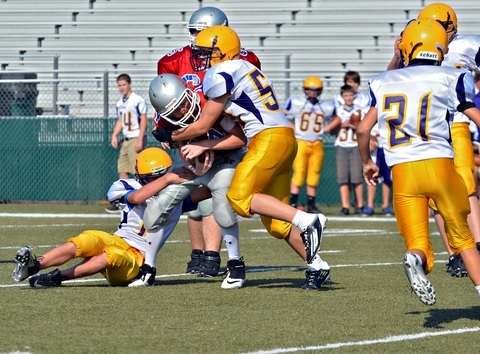 It is important to note that neither 6th/7th graders, junior varsity, high school, college, nor pros find it necessary to divide by weight classes. Could you imaging the outrage if these groups were told that they needed to move towards weight classes? If 6th/7th graders and 8th/9th grade junior varsity teams are not required to have weight categories for safety purposes, why should they be forced on the same age groups in non-scholastic youth football? And why should the age groups under 6th grade have weight categories forced on them since very few injuries actually occur in these age groups, according to the Mayo Clinic study?

There are other reasons why unlimited classes are superior to weighted classes:

Each community should choose based on its own needs whether to use unlimited, weighted, or modified classes. Should they choose to use unlimited classes, they can do so with confidence that there is no scientific basis to suggest that they are riskier than weighted classes. Age groupings and not weight groupings are the best predictor or injuries and safety in youth football.

Please also see our related article that includes findings from a more recent study backing the findings discussed above.