The Positive Impact of Concussion Awareness

Reporting and treatment in youth football on the rise

According to claims data from the AYF-endorsed Accident insurance plan, the rise in incidents of concussions to total injuries reported began in 2011. This coincides with the media’s first reports on high profile concussion lawsuits and alarming injury studies. The trend continued in 2012 and 2013.

Percentage of concussions to total injuries:

What the numbers mean

This is concrete evidence that educational awareness and concussion recognition, treatment, removal, and return to play protocols 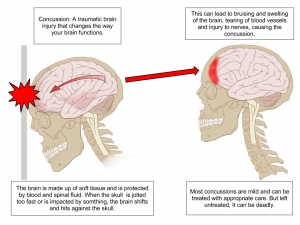 are having a positive impact on protecting youth, according to John Sadler, president of Sadler Sports Insurance. In the past, many concussions were missed or ignored. When concussions were identified, parents tended to self-treat with a wait-and-see approach. Now, many more concussions and potential concussions are being identified with more emergency room visits, diagnostic tests, and follow ups with concussion experts who are critical in helping parents and athletes making return-to-play decisions.

We believe and statistics prove that the more you know about concussions, the better prepared you are to deal with them. We encourage you to read our other articles on concussions, which include information on American Youth Football’s concussion risk management initiatives.