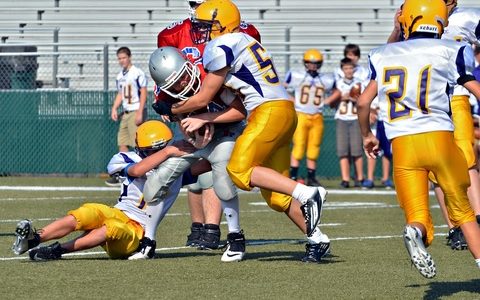 Concussion education and laws helping to boost the numbers

In previous posts we’ve discussed the impact media attention on concussions may have on the future of youth football.  Some people have gloomily predicted an end to the sport. However, after a five-year nationwide decline in high school football participation, an increase in 2013 has been reported by the National Federation of State High School Associations.

Educating parents and coaches on concussion diagnosis and return to play and new concussion laws being enacted in every state and the District of Columbia have no doubt played a significant role in the increase.  During the 2013-14 school year, there were 6,607 more boys and 184 more girls participating in football over the previous year.

Parents are apparently measuring benefits of participating with the chances of an injury and deciding that the precautions now in place have lowered the risk of injury to an acceptable level, according to Davis Whitfield, the N.C. High School Athletic Association commissioner.  The NFSHS enacted several rule changes, such as where players line up on kickoffs and anyone losing a helmet during play is r 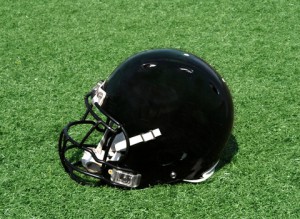 equired to leave and not return until it has been properly secured. And many state associations have limited the amount of contact in practices.

Despite the growing awareness and positive changes in protocols, not all the news is good. Four high school football players died during the 2013 season from head injuries. And several high profile former NFL players have expressed concerns about having their own children play football.

In North Carolina, the deaths of two high school players in 2008 were the impetus for passing the Gfeller-Waller Concussion Awareness Act. That state law says that all public middle and high schools must provide concussion education to coaches, parents and players, develop emergency action plans, and to have post-concussion protocol in place to be followed as to when players with suspected injuries can resume play or practice.

However, violations of the law are occurring, but there are no penalties attached to it. An state audit of the found that high schools in 13 of the state’s 115 districts weren’t in compliance, most for not posting emergency action plans. There’s no reason to think other states aren’t experiencing similar violation issues.

The NCHSAA is proposing fines and other penalties for non-compliance. The commissioner cited violating return-to-play protocol could carry a fine and failure to get a parental concussion education form signed would mean the player is ineligible to play.

Only 13 states have concussion laws covering all youth sports, while most cover just high school and middle school athletics.  Advocates of stronger protocols say that expanding concussion laws to include any youth teams and leagues using public fields should be the standard for all states.

Please see our other articles on concussion risks, research and prevention.