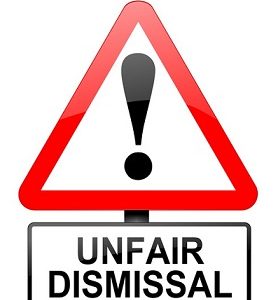 A fitness trainer settled his claim that he was wrongfully terminated by his employer, Best Fitness for $32,500. Salvatore Rachuna alleged he was fired because of complaints he made about a manager who repeatedly made inappropriate and lewd remarks in the presence of Best Fitness customers.

Rachuna was hired by Best Fitness in 2008 and worked in various positions in their Tonawanda, N.Y., and Erie, Penn., locations. In 2012 he began working under a new manager. His lawsuit claims that his supervisor repeatedly made “sexually advancing” comments regarding Best Fitness members and employees, both male and female. Rachuna’s complaint states the manager regularly discussed male genitalia size and the sexual activity of others and told sexual jokes about underage females.

Rachuna complained to the corporate vice president of personal training, who just happened to be the manager’s wife. He reported that he was uncomfortable and the behavior disruptive to the workplace. The only action she took was to tell Rachuna to “push back” anytime the manager, her husband, conducted himself inappropriately. The manager’s inappropriate behavior continued, so Rachuna made a formal complaint to the Best Fitness chief executive and human resources director in August, 2012. According to Rachnuna, his termination on Sept. 9, 2012 was a retaliatory action against his repeated complaints.

This case was one of two discrimination cases against Best Fitness arising from alleged actions of the Best Fitness manager. A separate complaint filed by a former group fitness director is pending. None of the complaints named the manager as a defendant.

What management can do

Defending against such claims can be costly. Employment practices lawsuits of this nature highlight the need for fitness centers to purchase Employment Practices Liability Insurance (EPLI), which can be purchased on a stand-alone basis or as part of a Directors & Officers Liability policy. EPLI policies generally cover the big three: discrimination, sexual harassment, and wrongful termination/discipline, plus a host of other employment related offenses.

If you are interested in a quote for this coverage, contact Sadler Sports & Recreation Insurance or any other aspect of Fitness Traininer insurance. We will provide a simple form to complete that will allow us to provide you with a quick quote.