Archive for the ‘Equipment’ Category

The science behind the statistics

Grantland.com published an insightful blog post,  “The Fragile Teenage Brain: An In-depth Look at Concussions in High School Football.” The post explains why teenage brains are so susceptible to injury and provides a glimpse into exactly what happens inside the brain during a concussion. It also provides an excellent explanation of how the head injury problem in football in the 1960s and early 1970s was addressed by the National Operating Committee on Standards for Athletic Equipment (NOCSAE) standard, which established guidelines for sports equipment including football helmets.

The following excerpts from the article are especially revealing:

The compromises of helmet design help explain why there will be no quick technological fix for football concussions. Last October, Jeffrey Kutcher, chairman of the American Academy of Neurology’s sports section, told a committee of United States senators that all the current concussion prevention products being sold were largely useless. “I wish there was such a product (that could prevent concussions) on the market,” he said. “The simple truth is that no current helmet, mouth guard, headband, or other piece of equipment can significantly prevent concussions from occurring… Is extremely unlikely that helmets can prevent concussions the way they prevent skull fractures.” He went on to criticize numerous claims by helmet manufacturers suggesting otherwise, noting that even Riddell’s specialized anti-concussion helmet has only been shown to reduce the rate of concussions by 2.6%. 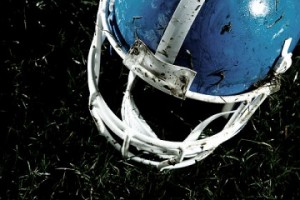 pticism. “Every year, we get more and more parents showing up with some fancy helmet and telling us that this is the one their kid has to use,” he says. “I’m sure they spent a lot of money on that helmet. I know it makes them feel better. So we always say, sure, your kid can use that helmet, but we have to do the fitting. And you know what happens? The helmet doesn’t fit. They spend $1000 on it because the manufacturer makes some crazy claim, but it’s way too big. And then when you fit it properly, the kid says it’s too tight, that it’s not comfortable anymore. But that’s the way it needs to be.

This is a recurring theme among the coaches and trainers at Mater Dei. According to the football staff, the most important helmet factor has little to do with the helmet itself. Instead, it has to do with the way the helmet fits the head. In theory, this is an easy problem to solve: Every NOCSAE approved helmet is fully adjustable. Teenagers, however make the fitting process surprisingly difficult. “Most of the time, the problem is forgetfulness,” says Fernandez. “That’s why we are always reminding the players to check air levels. We tell them that before every single game. But sometimes they leave it loose on purpose, just because he can get hot and sticky in there.”

Third-grader Juan Escalera, 9, died after a soccer goal fell on him causing brain trauma.  It is unclear as to what caused the goal to fall while Juan and his cousins were playing soccer after church in Sampson County, N.C.

Since 1979, there have been 36 deaths in the U.S. involving tipovers of portable soccer goals.  Soccer goals, which can weigh up to 500 lbs.,  should be anchored down with stakes or sand bags to prevent these tragedies.

The new larger helmets are not popular with players, but they can withstand pitches up to 100mph.  A required piece of equipmentin the minors this year, the Rawlings S100 helmet includes an expanded liner made of polypropylene for added protection. 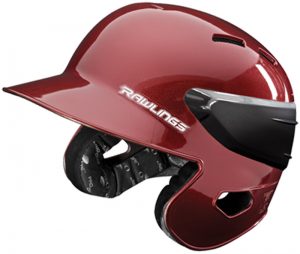 “I don’t even look in the mirror,” said Justin Turner, an infielder for the Norfolk Tides, the Triple-A affiliate of the Baltimore Orioles.  “I think they’re ridiculous. I’ve been hit in the face in the College World Series.  There’s got to be a way to put more protection in the helmet and not have them look that atrocious”

New York Yankees catcher Francisco Cervelli is the only big leaguer wearing one on a regular basis.  He’d already sustained a couple of concussions when manager Joe Girardi persuaded Cervelli to opt for safety over style.  “It’s ugly,” Cervelli said in spring training, but added that looks weren’as important as taking care of himself.

It will be interesting to see how the new helmets are accepted in minor league baseball and their impact on concussions.  If favorable, the trend could spread to the major leagues, colleges, and high schools.  It’s not yet clear if the pitch speeds in youth baseball justify the extra protection.

Recertification and Reconditioning of Sports Equipment

A page on Riddell‘s website discusses their strict standards in the reconditioning and recertification process for sports uniforms and equipment.  This reconditioning process fights bacteria, viruses and mold, which reduces health risks.  Once the process is completed, a final inspection is made to recertify the equipment and uniforms according to the original manufacturing condition.  Watch the video below to learn more about the benefits of reconditioning and recertification.

Following is a summary of an excerpt from the USA Baseball Medical And Safety Committee’s report on Commotio Cordis in Baseball:

Commotio cordis or cardiac concussion can cause sudden death in young baseball players. It is the result of a low velocity impact to the chest from a thrown or batted ball, usually traveling at a speed of between 20 and 50 mph. The impact must occur directly over the heart; the closer to the center, the greater the risk. The cause of death is the development of an abnormal rhythm, ventricular fibrillation, though there may be some affect on the blood circulation to the heart as well. For such a catastrophic event to occur, the impact has to be precisely timed to strike the heart during a 15 to 30-millisecond phase of the electrical cycle.

There is a 90 percent death rate among those suffering commotio cordis. The lack of response to CPR efforts by healthy young baseball players is unexpected and remains unexplained. However, it is clear that a rapid response time – three to five minutes – is critical.

Batters should learn ball avoidance and turn away from an inside pitch and not open the chest to the impact, as is so typically the case. Avoidance while bunting requires special attention. Pitchers as well should be coached in proper fielding positions and ball avoidance when necessary. Chest wall protectors that are commercially available have not demonstrated to prevent commotio cordis. Studies with baseballs seem to indicate that lighter and softer balls may diminish the risk, but their acceptability for play by older children is of question.

Studies indicate that the chances of surviving an incident of commotio cordis is enhanced if a shock from an automated external defibrilator (AED) can be delivered promptly. Most ball parks don’t have AEDs and those that do must have well-practiced procedures in place for the rapid use of the device. Otherwise all is for naught. I am often amazed at the marketing efforts by the vendors of chest protectors. It makes sense that they would help but the scientific studies indicate that many don’t offer any protection and may actually be contra indicated. Apparently, most chest protector vendors need to go back to the drawing board with their designs.

Also, the high-profile lawsuit in New Jersey of a pitcher being stuck by a batted ball that came off of an alleged “hot bat” involved commotio cordis resulting in a permanent disability to the pitcher. The metal bat manufacturer and others were sued. What is interesting to note is that commotio cordis usually occurs only when a projectile travels at a relatively slow speed, usually between 20 to50 mph. In this case the basis for the lawsuit was that the ball speed was too fast as a result of the alleged “hot bat”.

Debating the use of reduced-impact ball

The following is an excerpt from the USA Baseball Medical and Safety Committee  report:

Based on the research performed by USA Baseball and other investigators demonstrating that a reduced-impact ball can decrease the incidence and severity of ball impact injuries to less skilled players aged 5-12, the USA Baseball Medical and Safety Advisory Committee recommends:

That youth baseball organizations adopt for their Tee-Ball and other “minor league” programs that are focused on skill development, reduced-impact baseballs that meet NOCSAE standards levels 1 and 2.

I know from the ongoing injury study that I perform for Dixie Youth Baseball (ages 12 and under) that three of the leading causes of injury are being struck by batted balls, thrown balls, and pitched balls. The vast majority of injuries that occur in T-ball and coach pitch are from being struck by batted balls and thrown balls. These injuries in the lower age groups are primarily caused by lack of skills. 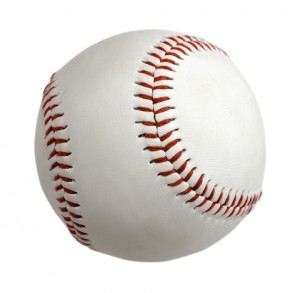 Based on my personal observation in working with youth baseball players ages 5-8, players learn skills better when some of the fear factor is removed. I would say that softer baseballs definitely remove some of the fear factor, which can result in more quality practice sessions in terms of repetitions and the development of skills. As players move up from T-ball and coach pitch, the skill levels are usually such that the types of injuries that could theoretically be prevented or reduced by reduced-impact balls don’t come into play as often.

From an injury analysis point of view, it is almost impossible to determine if a reduced-impact ball could have prevented or reduced an accident insurance claim. It is much easier to predict the outcome of using other safety equipment such as batter’s face guards or catcher’s throat protectors as they about 99% effective in preventing injury.

Should metal bats be banned?

Do metal bats pose a significantly greater risk of injury to pitchers and infielders resulting from greater bat exit speeds and reduced reaction time? Is there enough scientific evidence to ban metal bats for youth and college baseball in favor of wood bats?

Current scientific studies do not support this conclusion as there is no increase in significant injuries that would indicate a need for a ban on metal bats in favor of wood bats. However, the final results of an important ongoing study on this issue are not yet available. 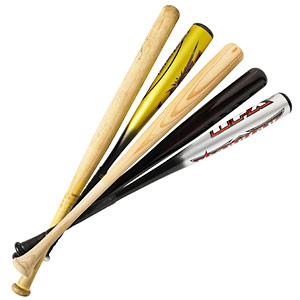 Politicians looking for publicity and personal injury attorneys looking for large settlements and jury verdicts favor metal bats being banned in favor of wood bats. They base their opinions on anecdotal evidence. Instead, we must look to scientific studies for an answer. So far, science tells us that there is little existing evidence that would support banning metal bats that are currently approved by the various governing bodies. However, it is possible that new research may result in future recommendations for bat standards that would require certain performance modifications.