Archive for the ‘Auto Insurance’ Category

Coverage for a serious risk

It’s a must for most sports and recreation organizations to carry Non-owned and Hired Auto Liability insurance, which can be a stand alone policy or part of the General Liability policy. Very few sports administrators understand the importance of this coverage and what they should be doing to protect their insurance carrier from ever having to pay a claim.

A non-owned auto is one that is not owned by the sports or recreation organization, but is instead owned by an employee or volunteer or borrowed from an organization such as a church. If a non-owned vehicle is involved in an accident while on association business, the following parties can normally be sued: the vehicle owner, the driver, and any organization for whose purpose the errand is being run. In other words, the sports organization can be sued for their vicarious liability of their staff member.

Its important to note that Non-owned Auto Liability insurance does not cover the driver or damage to the vehicle. It only covers the association that is the named insured on the policy. The driver will have to rely on his or her own Personal Auto Insurance olicy to provide liability and physical damage protection.

I came across some excellent loss control material from Philadelphia Insurance Company on the topic of controlling the Non-owned Auto Liability risk in the sports and recreation context. This exposure represents an infrequent but high severity risk where damages can easily exceed $1 million. The insurance carriers that insure sports and recreation organizations are concerned about this exposure because it’s difficult to collect the proper premium for a low frequency/high severity risk. Sports organizations need to take this risk very seriously and implement the recommended controls.

Here are some links that you will want to check out:

The minimum needed for maximum benefit

Because many sports organizations are run by volunteers, they are often under-insured. Insufficient insurance coverage may be a by-product of money-saving efforts or simply a matter of not understanding the risks of exposure to the athletes, coaches, staff and volunteers, and board members

Below is a list of the most important insurance policies that may be needed by community-based sports organizations such as teams, leagues, and municipal recreation departments.

We provide more detailed information on each of these policy types and insider tips on purchasing insurance in our article, 7 Critical Mistakes to Avoid When Buying Sports Insurance. If you have questions or want assistance in deciding which policies your organization needs, call us at (800) 622-7370.

What Do You Do Now?

It is apparent that the flash floods this year have devastated communities across the Midwest and the deep south.  Even areas like Northwest Florida that are used to having hurricanes, are feeling the sting like never before. 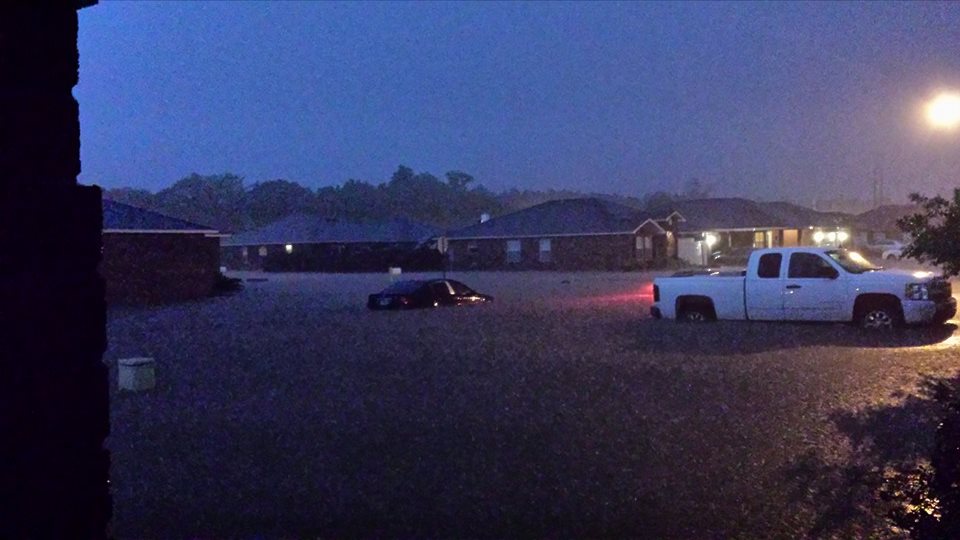 Pictures are flooding social media with devastation of cars at home or even that have been stranded on the road.  And the question………. “What do I do now?  What will my insurance cover?”

The Better Business Bureau has a great article that was posted a while ago that contains great tips.

The devil is in the details

Many sports and recreation organizations require short term vehicle rentals organization purposes such as when flying into an airport and renting a vehicle to drive to a nearby meeting, transporting equipment to a tournament, and transporting athletic participants.

Due to the complexities of rental car contracts and varying insurance policy coverage forms, it not an easy task to decide the best way to handle the insurance on these rentals. As a matter of fact, neither insurance carriers nor rental car companies offer a complete solution, and many insurance experts are in disagreement over how to advise their clients.

The choices are as follows:

Each option has disadvantages

The disadvantages for liability insurance (bodily injury to passengers or occupants of other cars or property damage to other cars) are:

Each of these choices has disadvantages for physical damage insurance (damage to rental vehicle itself) as follows:

An organization with rental exposures should always purchase Non-owned and Hired Auto Liability and Hired Car Physical Damage from its commercial auto insurance provider. These coverages will take care of the biggest exposure, auto liability, and will pay the lion’s share of any physical damage losses to the vehicle itself. However, understand that the organization could be forced to pay out of pocked for what is not covered.

Every rental situation is unique and the insurance policy forms and rental car contracts vary. As a result, organizations should review their options with their insurance agent prior to the rental.

This article is a follow up to a prior posting entitled “Are Athletes at Risk in Chartered Buses?” which exposed the dangers and possible liability risks of hiring a charter bus service without running a background check.

MSNBC reports that at least 20 of the approximately 220 commercial bus companies that were fined and ordered to shut down are still running along the highways and byways. Investigators say the companies stayed on the road using different names after being ordered shut down for violations that range from suspended licenses to drug use.

Are Athletes at Risk in Chartered Buses?

It’s your responsibility to find out

A recent report by ESPN indicates that charter bus safety is an issue for college athletes who are being transported to competitions. Due to the propensity for tipping over and structural integrity problems of 15-passenger van, college athletics departments began using charter buses more frequently in recent years. Charter buses are statistically safer than 15-passenger vans, but the number of bus crashes climbed from 8,555 in 2003 to 13,195 in 2007. Over this five year period, there were 1,651 fatalities.

ESPN’s “Outside the Lines” study for the time period 2007-2008 found that almost one-third of NCAA Division I schools used charter bus services that had one or more deficiencies in federal safety scores. Of these 85 schools, approximately 35 used companies with an overall safety rating of “conditional” which is one step under “satisfactory.” The U.S. DOT ratings range from “satisfactory” to “conditional” to “unsatisfactory”. These ratings are issued based on drug testing, recordkeeping, bus maintenance, and driver qualifications. It is recommended that a charter bus service should not be hired unless it has a rating of “satisfactory.”

Another commonly used test of safety is the SafeStat score, which focuses on both drivers and vehicles based on tickets, accidents, and violations found during roadside inspections. A score 75 or above is considered deficient.

It is my opinion that potential legal liability exists for athletic departments that subcontract out their transportation to charter bus services without first checking their safety record to verify adequacy.

Read ESPN’s full “Outside the Lines” article by Paula Lavigne.