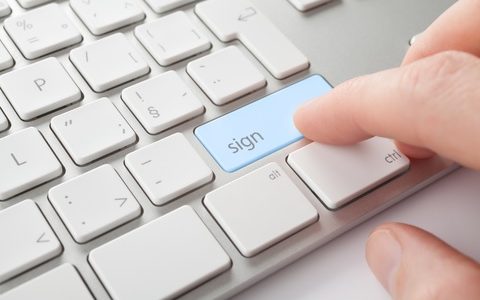 The answer is that electronic releases are no longer an issue and courts readily uphold them. To the best of my knowledge, no court has ever invalidated a release merely because it was electronic.

As to the issue of forgery, electronic releases are more reliable than paper releases and have the advantage of authentication to match the signer of the web form either by email address, ISP, URL, IP address, and/or by the name on the credit card used for registration.

Waiver/Release Should Be Conspicuous on the Web Page

The waiver/release language should not be buried or hidden on some obscure part of the web page or written using small font. We suggest a conspicuous header that is bold, in all caps, and/or underlined. An example would be WAIVER/RELEASE OF LIABILITY AND ASSUMPTION OF RISK AGREEMENT. The body of the release should be in a normal-sized font.

Make Sure the Minor Signs the Electronic Waiver/Release

Parental signatures are only upheld in about 10 states at this time. Therefore, for the other 40 states, it is critical that the minor is informed of the risks of participation and provides his/her consent to be subjected to those risks.

A well-drafted understanding of risk section in a waiver/release along with the accompanying name and signature of the minor may be introduced into evidence for an assumption of risk defense in many states. Therefore, always require the minor to sign the electronic release form. It might not be beneficial in all cases but it certainly won’t hurt.

Since the parent is typically the party that completes the online registration form, there could be some argument as to whether or not the parent signed “I Agree” on behalf of the minor.

To combat this, the waiver/release should include language that the parent agrees to explain all risks to the minor, the minor’s personal responsibilities for adhering to the rules, and to get the minor’s consent to be subjected to the risks. And the parent’s section of the release should state “I have read and understand and agree on behalf of myself and my minor child/ward to be bound by the terms of this agreement.”

This can provide additional protection but you should still require the minor to sign a separate “I Agree” box for the understanding of risk section.

Having a back-up waiver/release can cause a novation, which may actually invalidate both releases. Novation is a legal term which means to substitute one contract in the place of another.

The bottom line: avoid a back up waiver/release in all circumstances.

Our article Are Waiver/Releases Worth the Paper on Which They Are Written? provides a list of pitfalls that should be avoided within a well-drafted waiver/release.

Of course, a custom waiver/release drafted by an attorney to be sport- and state-specific is always the best course of action. However, we provide the following sample waiver/release agreements that incorporate many of the principles discussed in this article: 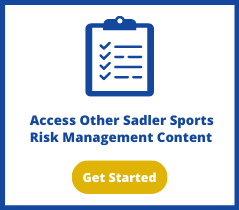