Professional sports teams have used specialty disability insurance for years to guard against paying millions of dollars to an athlete who is injured and unable to play.

“Some companies believe that there is no one person who cannot be replaced,” says Leigh Ann Rossi, vice president of sports, entertainment and special risk at the BWD Group LLC, a privately held broker in Jericho, N.Y. “That is simply not true.”

Disability insurance has been a key instrument on the business side of sports. When a degenerative left hip forced outfielder Albert Belle to retire before the start of the 2001 baseball season, for example, the Baltimore Orioles filed a $27 million claim to cover what was owed to Belle for the final two years of his $65 million guaranteed contract.

John Olguin, the director of public relations for the Los Angeles Dodgers, says that inherent risk can be based on the position of a player.

“Just by the nature of what they do, pitchers are a much bigger risk,” Olguin says. “Pitching is not a natural motion. The wear and tear will eventually take its toll on the human body. So if an insurance company is being asked to insure a pitcher, there may be some stringent clauses and exceptions built into the policy.”

“Only once in my 24 years with the Braves can I remember a player signing a significant contract without a policy in place,” says John Schuerholtz, executive vice president and general manager of the Atlanta Braves, adding, “We swallowed very hard when the insurance company refused to cover a pre-existing condition for one of the most popular players on the team.”

As a small-market team with limited revenues, the Pittsburgh Pirates rely on insurance to avoid financial pitfalls that could handicap the team. Dave Littlefield, the club’s senior vice president and general manager, says insurance is part of doing business in today’s high-stakes game.

“There is no way we could afford to sign a player for longer than one year without knowing his salary would be replaced if we lost his services for any length of time,” Littlefield admits.

But owners need not only protect themselves should a star player land on the disabled list. They also need to make sure they’re covered should a coach or front-office executive land there as well.

“Rick Patino is one of a kind. So are Larry Brown and Pat Riley. Replacing them would impact the team and their organization for several seasons to come,” he says.

Patino, head coach of the men’s basketball team at the University of Louisville, is the only coach to lead three different teams to the NCAA Final Four. Larry Brown, former coach of the New York Knicks, is the No. 4 coach for wins in NBA history, while Riley, coach of the champion Miami Heat, is No. 2 on the wins list.

One example happened last year when NFL coach Mike Martz was forced to resign from the St. Louis Rams due to a bacterial infection near his heart.

In another case, a baseball manager was diagnosed with cancer and was unable to handle the regimen of practice and games while he was undergoing chemotherapy.

“At that point, the team (or the university) must deal with the impact on the entire athletic program, as well as continue to pay 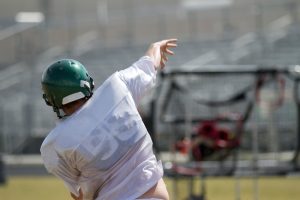 the guaranteed contract plus find a qualified individual to replace the coach,” says Billings.

VIEW FROM THE LUXURY BOXES

The disability insurance marketplace, particularly for top stars, has tightened, brokers say. Stratospheric salaries, due in part to expensive television contracts and bloated corporate endorsements, have contributed to the trend. Shrinking capacity for reinsurance in this specialty marketplace has also played a part, experts say.

Major League Baseball teams have attempted to reduce the cost of insurance by increasing the qualifying deductible from 90 to 182 days – the length of a full season. But that provision has disappeared in recent years.

“Some insurance companies will attempt to buy the business with lower quotes purely because of the high-profile nature of the market,” he says. “A claim can be devastating to a company that is not prepared for the impact of a multimillion-dollar loss.”

Or a company could refuse the claim and take the match off the field and into the courtroom.

The team originally filed its claim in January, alleging that Bagwell’s right shoulder was too injured to play the current season, in hopes of recouping all or part of the $17 million owed to Bagwell under his current contract.

The claim was denied in March. According to ESPN, the baseball team paid approximately $2.4 million in premium to Connecticut General for the policy.

The industry is dominated by HCC Specially Underwriters, formerly ASU International Inc., which underwrote disability programs on behalf of The Hartford. The company is now a wholly owned subsidiary of Houston-based HCC Insurance Holdings Inc. and uses paper from its parent company as well as from Lloyd’s of London.

Other players in the specialty disability insurance field include Pro Financial Services Inc., which is the managing general underwriter for ACE American Insurance Co. for this coverage; Petersen International Underwriters, an agent for Lloyd’s; and William J. Sutton & Co. Ltd. in Toronto.

Some sports franchises rely on insurance more than others, including the New York Yankees.

Team owner George Steinbrenner described the services provided by HCC Specialty as “a model for the insurance industry.”

The Steinbrenner endorsement does not speak for every MLB team.

“Insurance is becoming less and less common in our circumstances,” says Kevin Mather, the executive vice president and chief financial officer of the Seattle Mariners. “We do not, and have not, used insurance for several years. It just does not make sense for our financial situation. The high premiums have given most teams reason to think twice about the use of insurance.”

HCC’s Hubbard says that shorter contract terms are more attractive to teams and carriers because it gives both additional opportunities to renegotiate terms and conditions.

“This is a very small, very volatile group of individuals, and limits are very high. You have players running into walls and pitchers throwing the ball with unnatural motions,” he says. “At some point, there is a quantum of risk.

“Some teams will accept that exposure,” he adds. “Others look to us to share that burden. Maybe we’ll take a risk on a player, but only with a caveat for an elbow that has been injured or undergone previous surgery.”

DAN AZNOFF lives in Bellevue, Wash. He can be reached at riskletters@lrp.com.