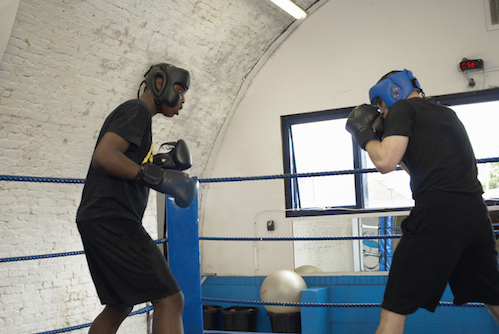 For starters, insurance carriers will require all participants, including parents in the case of a minor, to sign a waiver/release agreement. Waiver/release agreements are worth the paper they are written on despite advice that is often given by local legal counsel. See the sections below for additional steps that should be taken to minimize risks in facilities, equipment and training.

History of Amateur And Olympic-Style Boxing

Olympic-style or amateur boxing became an organized sport in 1888. The popularity of Olympic-style’s boxing has spread worldwide since then with an identity and rules independent from professional boxing. The sport provides competitive opportunities for hundreds and thousands of young men and women.

Every year a greater number of females compete in sanctioned amateur competition Rules regarding women’s boxing are similar to the men’s program with a few minor differences:

Many studies indicate that Olympic-style boxing is among the safest of the contact sports. Benefits provided to participants include exercise, self-discipline, self-confidence, character development, structure, work ethic, and friendships.

The overall risk of injury in amateur boxing seems to be lower than in other collision sports such as football, ice hockey, wrestling, and soccer. But, unlike those sports, boxing encourages and rewards direct blows to the head and face.

The most common injuries associated with amateur boxing include concussion, facial lacerations, hand injuries, and bruised ribs. Boxers and coaches should guard against unnecessary risk by following best practices for training and competition.

Boxers’ faces are susceptible to punches. Therefore, particular precautions should be taken to avoid eye injuries.

1.  Require boxers to submit to an annual dilated eye exam by a licensed opthamologist.

Require athletes with a history of intraocular surgery to repair cataracts or retinal detachment be cleared for participation by an ophthalmologist.

6. Athletes with only one functioning eye should not be allowed to compete.

Concussions occur less frequently in amateur boxing than professional boxing, which may be attributed to shorter matches and more stringent safety considerations, including standing eight counts.

The Association of Ringside Physicians makes the following recommendations with regard to reducing the risk of injuries and being prepared when injuries do occur in boxing.